Amazon has Kindly added The Forever Summer to their Hot Summer Sale!  For $1.99 this book has everything~ a feisty ghost, a sparky romance, and a whole lot of comedy.  Best served with a slushy umbrella drink by the pool!
Hit the link below to be directed straight to ~~

Single-mother Lila Abbott, suffering empty-nest syndrome as her daughter starts college in faraway California, works as a grocery checker in Port Gamble. But when Emily Ruth Griffin drops dead after eating a sample from Lila's demo tray, and then haunts the store every Monday at the hour of her passing, Lila must use her ghost-whispering talent to set Emily Ruth at rest. Lucas Griffin just wants Emily Ruth to vacate the family summer home, but his own very publicly announced feelings toward his ex-wife/widowed sister-in-law (she seduced his brother while still married to him) make him the prime suspect in her murder. Lila doesn't believe for one minute that he did it, and she sets out to prove it, motivated by their mutual physical attraction. A neurotic produce stocker, high-maintenance Pomeranian, uncooperative police chief, and the requisite best friend/confidante round out the cast of Macpherson's contemporary romance set during one memorable summer in a small town on the West Coast. Welch, Lynne 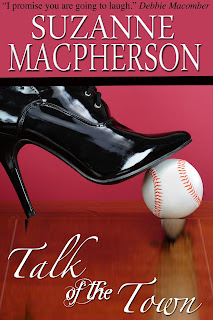 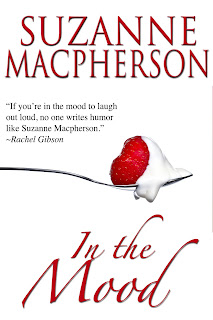 
Posted by Suzanne Macpherson at 3:19 PM No comments: